Computers have come far and they can now perform operations and functions that are completely beyond human capabilities. All the credit for this goes to various engineers and scientists who worked towards revolutionizing computer technology and kept setting the bar high for future engineers. Nowadays, you can turn your light on and switch it off again just by using your voice. But how is all this possible? What basic thing did it take for computer technology to reach such heights? The answer to this question is – Programming.

Read Also: What are C Tokens

Now before we dive into the depths of C programming, we must first understand that what a program is? A program is a set of instructions that performs desired operations when executed. Now you should know that a computer does not understand the English Language and has to be instructed in some particular languages constructed for this purpose. One of those languages is the C language. Now let us understand what it is.

What is C Programming?

C is used to create programs that can perform simple as well as complex functions and are highly used in the industry, even today. Now let us look at the history of C Language.

Read Also: What is Microprocessor

C has its roots lying in ALGOL. ALGOL is what can be called the mother of all programming languages since it introduced the concepts of structured programming to the users. It was first introduced in 1960.

After ALGOL, another revolutionary programming language was introduced in 1967 which was called BCPL (Basic Combined Programming Language). BCPL was specially designed to write system software.

C was created by Dennis Ritchie in 1972 at Bell Laboratories. It introduced numerous additional concepts that were not present in the programming languages before it and were designed to solve complex problems. But the main purpose of developing C was that the programmers at that time felt the need for a new language to specifically write software like Operating Systems. 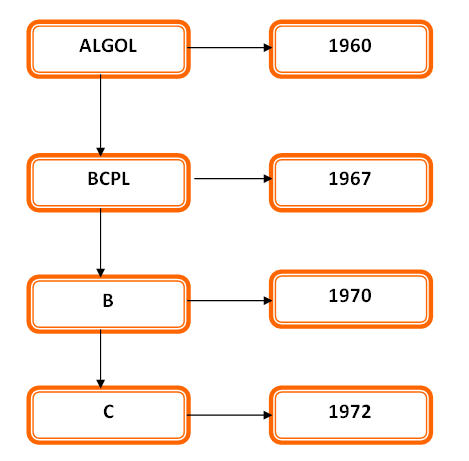 Initially, C was supported just by the UNIX OS, but as it got introduced to the world and more programmers started to realize its worth, it gained wide recognition and many cross-platform compilers came into the market so that its C’s limitation to UNIX could be dealt with. C went commercial and gained wide popularity, making it one of the most popular programming languages of all time, and is widely used even to this day.

Applications of The C Programming Language

Structure of C Program in the C Programming

The basic structure of a C program is discussed in this section of the article. But first, you need to know the importance of writing Algorithms before you go on to create an actual program. Algorithms are instructions written in a human-understandable format and works as a rough structure of the actual program. So for better understanding, we will take an example of the most basic and popular C program known as the “Hello World!” program. 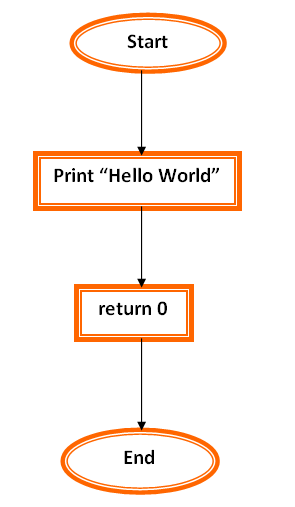 Write a Program to Print the Output on the Screen.

Description of the Program

The first thing we wrote in this program is – #include<stdio.h> The # represents the pre-processor directive. This is used to include the contents of another file in our program. The other file which we are trying to include is the header file known as stdio.h which contains standard input-output functions like printf and scanf. Scanf function is used to take input from the user, and the printf function is used to print output to the screen.

So in our program, the next thing we do is write – int main(). Here, we are calling the function main. The use of this is to return some integer value at the end of the program to tell about its successful or unsuccessful execution.

Now, we use {. This signifies the starting of our actual program.

The next thing we do is write – printf (“Hello World!”); You already know that printf functions display output on the screen.

; is used to end the statement.

We type – return 0; it tells the compiler for successful execution.

We end the program with }

The compilation is the process of converting code from a high level to a machine-understandable (low level) format. This task is done by a compiler. The compilation process in C is divided into various stages where each stage performs some specific function. Let us understand these stages in detail, 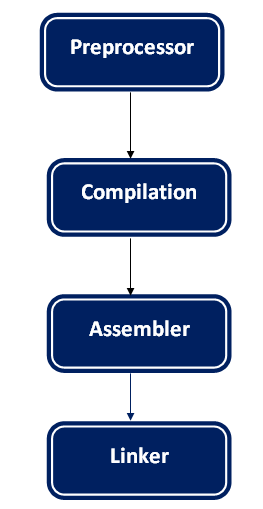 Preprocessing means performing some functions before the compilation of the actual program takes place. Some instructions are written at the starting of the code. For example – #include<math.h> is used to include mathematical symbols and calculations into the program. So during the preprocessing stage, the compiler processes instructions, header files, and macros.

This is the second stage where the source code is executed to generate a file which is known as the assembler source code.

The third stage of the compilation process takes the assembler source code and generates an object file.

This is the last step of the compilation process. All the libraries and object files are taken and combined into one file. This combined file is known as an executable file.

Let us take a look at the various files that are generated during the compilation process.

Installation of Code Blocks on Windows

Before you start writing your programs, you need to have the necessary software. This software is – text editor and compiler. Write the programs into the text editor, while the compiler compiles and executes the programs. Text editors and compilers are already present in operating systems. Notepad is one of them.

After you write a program in notepad, you have to save it and then compile it using the command prompt. This process might be a bit hectic. So to make it all easy, Integrated Development Environment (IDEs) are used.

IDEs provide you with all the necessary software in one place. You can create, compile, and run your programs in a single environment using IDEs. One of the best IDEs in the market today is Code Blocks. Let us take a look at the installation process of Code Blocks.

Some compilers and IDEs are also available online. You just have to visit the website without installing anything on your system. Some of the best online compilers are listed below.

OnlineGDB includes a code editor, a compiler and a debugger. It supports numerous languages like C, C++, python, java, PHP, etc. The debugging process is very helpful in this one.

Codechef will provide you with a great IDE experience as it is very similar to a desktop IDE. It supports top languages like C, C++, and Java. It is the best available option for students who need to make programs quickly. 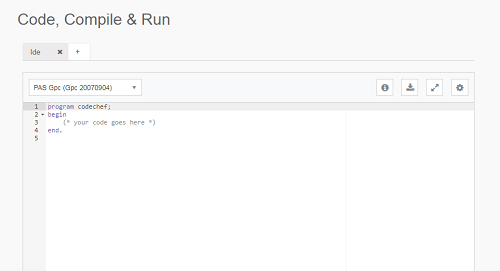 It supports numerous languages like C, C++, java, python, etc., and is a powerful tool. Codepad also works well on mobile phones which is unique about it. You can easily share and save your code using this.

This is somewhat similar to an online DB and is a powerful compiler and debugging tool. IDEone supports 50+ programming languages. You can easily share, save, and edit your code using this. 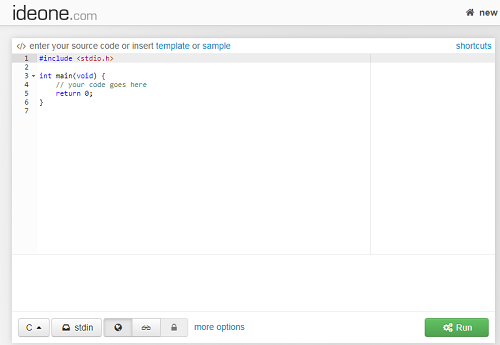